Six Scottish Gymnastics clubs will travel to The 16th World Gymnaestrada in Dornbirn, Austria from Sunday 7 to Saturday 13 July.

World Gymnaestrada is a world-wide, non-competitive FIG display event, held every four years. Participation is for everybody, regardless of gender, age, race, religion, culture, ability or social standing. Our clubs are part of the Great Britian delegaton and have been preparing for the week of gymnastics for two years, some of the Scottish Gymnastics members are World Gymnaestrada veterans with others taking part for the first time!

We hope everyone enjoys their experience at World Gymnaestrada!

We asked the clubs to tell us a bit more about themselves and their Gymnaestrada team, check out their profiles below! 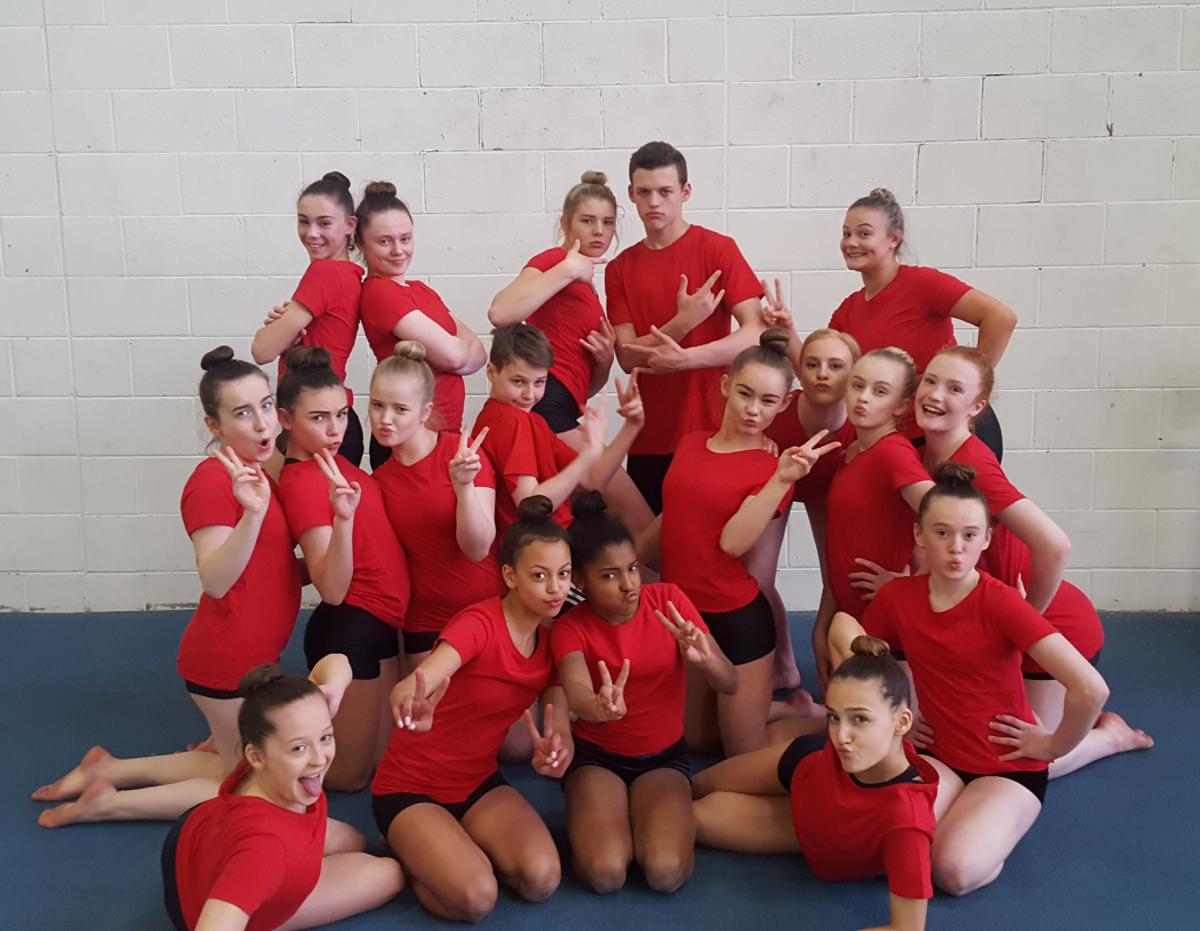 ASTRO GYMNASTICS CLUB
Astro Gymnastics have been performing on the display circuit nationally and internationally for nine years.  Our teams have performed and competed in events such as World Gymnaestrada 2015 (Finland), Festival Del Sole 2018 (Italy) , World Gym For Life 2017 (Norway) and Gymnastique Magique 2014 & 2016 (Paris).

How many from your club are going?
19 gymnasts and three coaches

Theme of your display?
Our theme at World Gymnaestrada is Queen Tribute

Have you been to World Gymnaestrada before?
Yes, once before in 2015 (Helsinki, Finland)

What part of the trip are your team most excited about?
We are super excited to travel as part of the Great Britain delegation and have the opportunity to represent our country at this wonderful event.  The gymnasts are so excited to perform a variety of routines and share this unique and memorable experience amongst fellow gymnastics friends from the UK and abroad.  They will be performing four different routines during their time there, GBR Large Group, World Display, Paired Team Performance (Queen Tribute) and the GBR/AUS Evening (Hollywood inspired showcase). 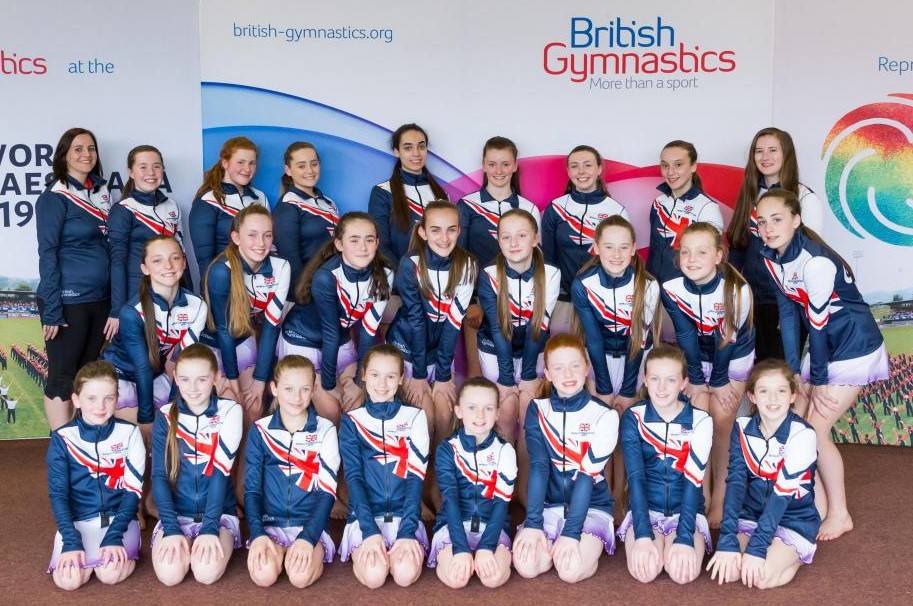 DYNAMITE GYMNASTICS CLUB
The Dynamite Gymanestrada team consist of 24 girls ages 8 to 17 who are all members of one of the five display teams the club has. The girls have been working hard for two years, training once a month to put together their Sound of Music routine.  We are excited to travel to Austria in July as part of the Great Britain team it is an privilege to be able to represent your county at such large global event.

How many from your club are going?
24 gymnasts and four Coaches

What is the theme of your display?
Main display is to Sound Music we have also been selected for perform at the GB/AUS evening and will perform a routine entitled " the big weekend " which is music from the 21st Centaury

Have you been to World Gymnaestrada before?
Our club has been to three previous Gymnaestradas, for the gymnasts this will be their first time however all the coaches attending have been to at least one.

What part of the trip are your team most excited about?
We’re excited to wear our Great Britain kit and perform our routine which we have been working hard on.  We’re also excited to be part of the GB mass display and worlds mass display and performing alongside other gymnasts from other teams and even other countries. We are looking forward to see gymnasts from all over the world and of all ages and the different styles of gymnastics on show. 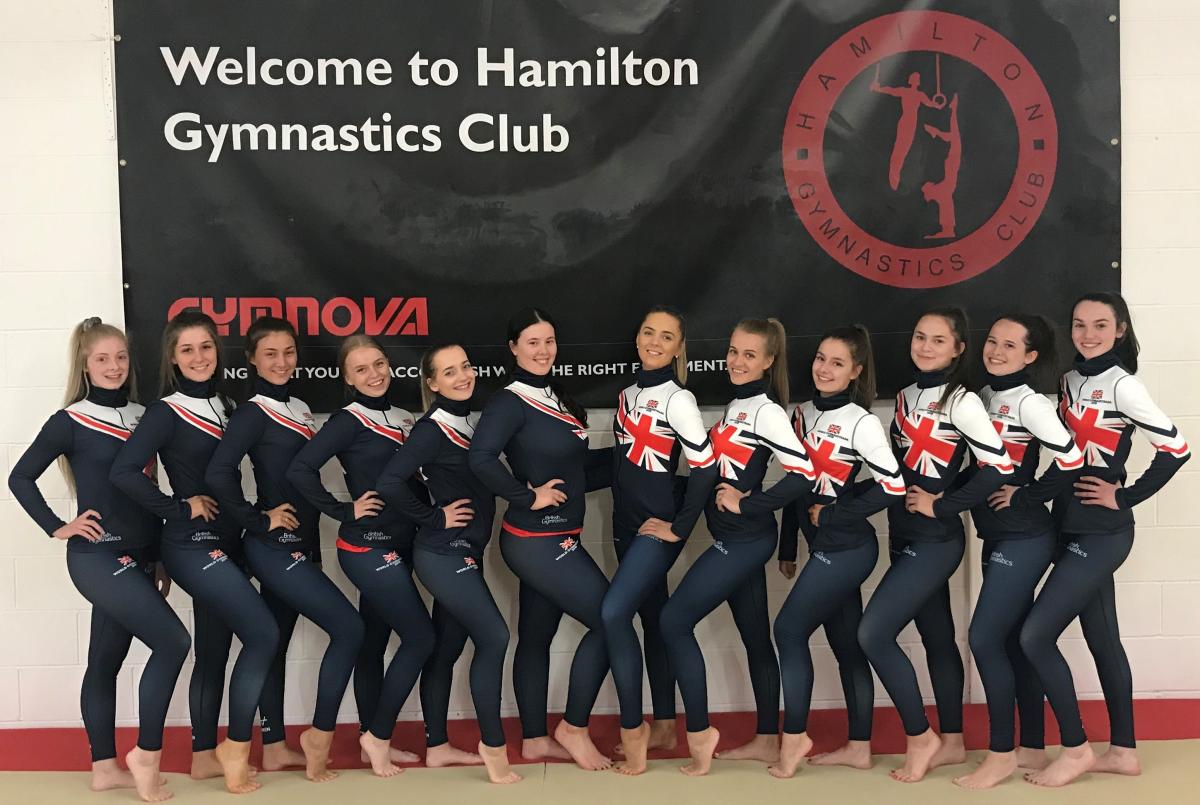 HAMILTON GYMNASTICS CLUB DISPLAY TEAM
Our team is made up of gymnasts aged 16 years to 22 years of age. We are the slightly more senior gymnasts of team GB. As well as training at Hamilton many of the team members are dedicated Hamilton Gymnastics Club coaches. Display gymnastics has kept the girls in the gym and has allowed them to make lifelong friendships.

How many from your club are travelling?
14 gymnasts and four coaches

What is the theme of your display?
Let’s Get Loud. Our routine is a fast-paced dance and gymnastics performance. The main aim is to get the audience clapping and dancing alongside our gymnasts.

What part of the trip are your team most excited about?
We are most looking forward to spending 8 days and nights in gymnastics land! We get to spend eight days with 22,000 other people who love gymnastics as much we do. What could be better!? We also love performing to packed out audiences, watching the FIG gala and performing the in GBs large group display. An extra highlight this year will be performing in the GB/AUS afternoon.

INVERNESS GYMNASTICS CLUB
Our team has been selected from Artistic Gymnasts and have an age range of 11 – 46!   We love performing in display as it provides us a creative platform with no pressure of competition.  Our team of 37 are excited to showcase our Scottish Themed routine to gymnasts from all over the world, as well as the wonderful people of Dornbirn.  We are honoured to be representing Great Britain at the biggest gymnastics event in the World, and look forward to returning to a city venue that many of us have such fond memories of.

How many from your club are traveling?
37 gymnasts, three coaches and one safeguarding officer

What is the theme of your display?
The Beauty and Diversity of Scotland

What part of the trip are your team most excited about?
We are most excited to perform our routine in and around Austria and we are excited to meet teams from all over the world! 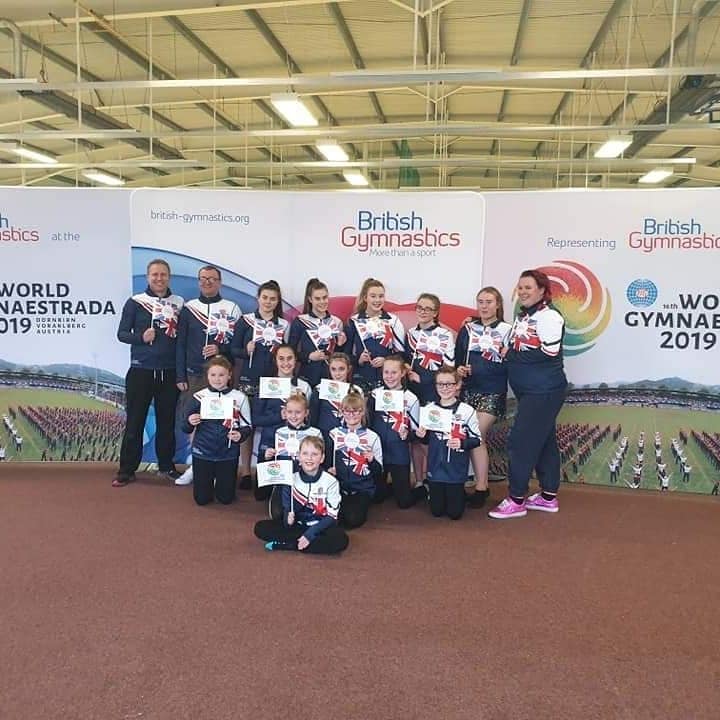 IRVINE BAY GYMNASTICS CLUB
Irvine Bay are proud to be part of the GB delegation participating in World Gymnaestrada. Our display team was one of the first sections of the club when it was founded in 2009, and we have since performed at festivals and displays across the UK & Europe. Since 2009, the club has grown enormously and competes across the UK & Europe in acro, TeamGym & tumbling. The club's motto is Gymnastics for All, Gymnastics for Life - Irvine Bay is fully committed to this giving opportunity to everyone from pre-school to adults, disability gymnasts and Team GB gymnasts. It's all about providing opportunities and we're excited for this latest opportunity for our gymnasts.

How many from your club are traveling?
There are 16 of us in total

What is the theme of your display?
Our Display is entitled "Fame!" and is all about using reality TV to get famous

Have you been to World Gymnaestrada before?
This is our second Gymnaestrada, the last one was 2015 in Helsinki. Three of the gymnasts and two coaches attended that one, for everyone else this is the first time!

What part of the trip are your team most excited about?
We are super excited about the mass displays - GBR & World Team. We performed the World Team in 2015 and it was the most incredible experience performing with so many different nationalities. We are also looking forward to pin swapping and meeting new friends from around the world. 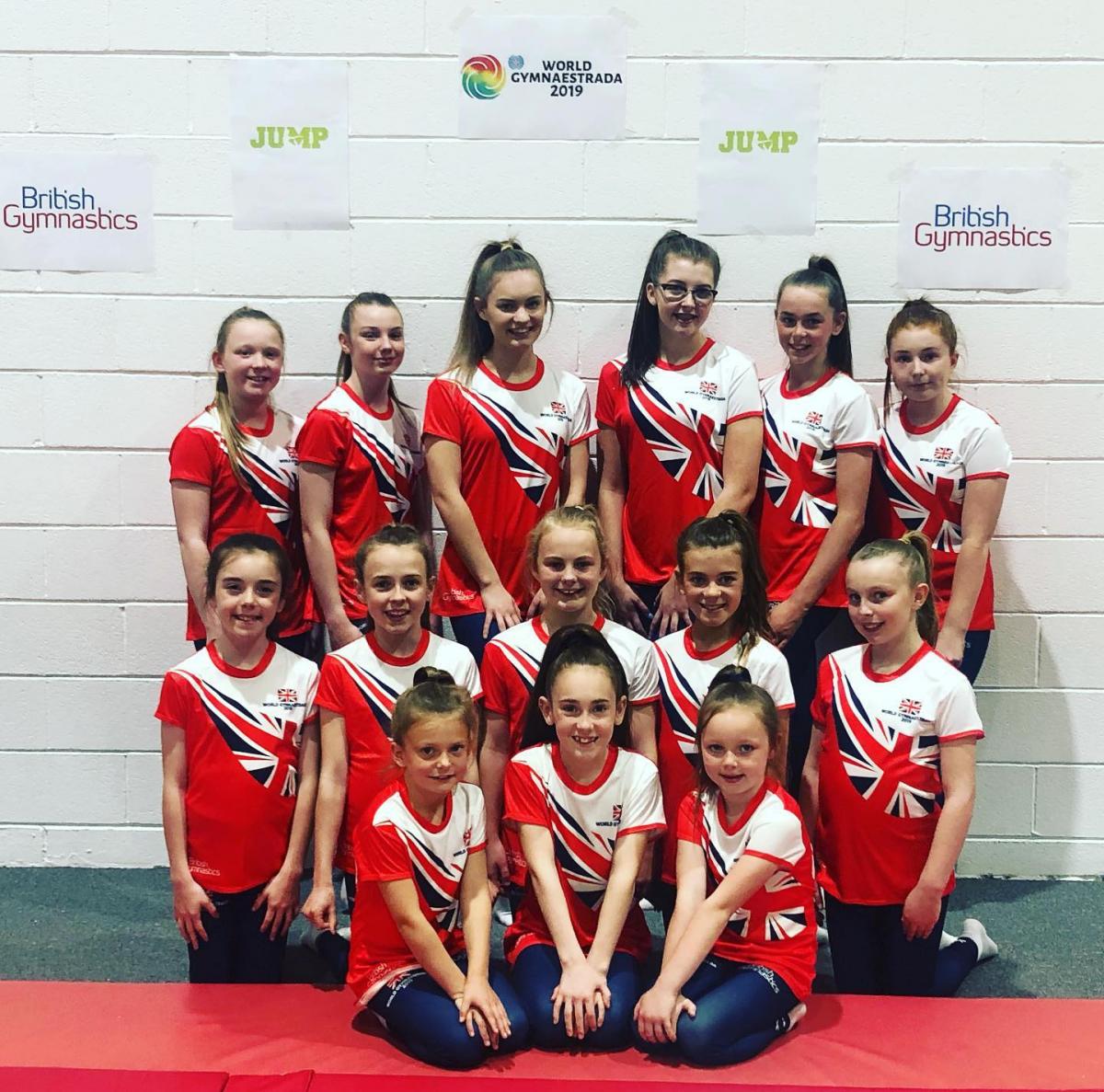 JUMP GYMNASTICS CLUB
The team for World Gymnestrada is made up from our full membership, it was open to everyone if they wanted to go...including the parents!

How many from your club are travelling?
14 gymnasts, two coaches and one safeguarding officer, as well as the parents!

What is the theme of your display?
Our routine is an adaptation of our Scottish Tutu’s routine

Have you been to World Gymnaestrada before?
This is Jump’s first time at World Gynaestrada!

What part of the trip are your team most excited about?
The overall experience, we’re unique are our parents are part of the delegation party and are going to be there every step of the way! It’s going to be a fantastic experience for our gymnasts and their families!