Scottish gymnasts were in action at the British Gymnastics Championship Series which saw four disciplines come together under one roof at the M&S Bank Arena in Liverpool from Thursday 25th to Sunday 28th July.

Acrobatic
Retaining their form as Scottish Champions, Scarlett Haldane, Ellie Horstmann and Rebecca Stewart from Acrobay Gymnastics Club (pictured) returned home with the British Championship title in the 12 – 18 womens group. They qualified for the final in fourth place, clinching the gold medal on a score of 26.900 only 0.030 of a mark ahead of the silver medal winning group. 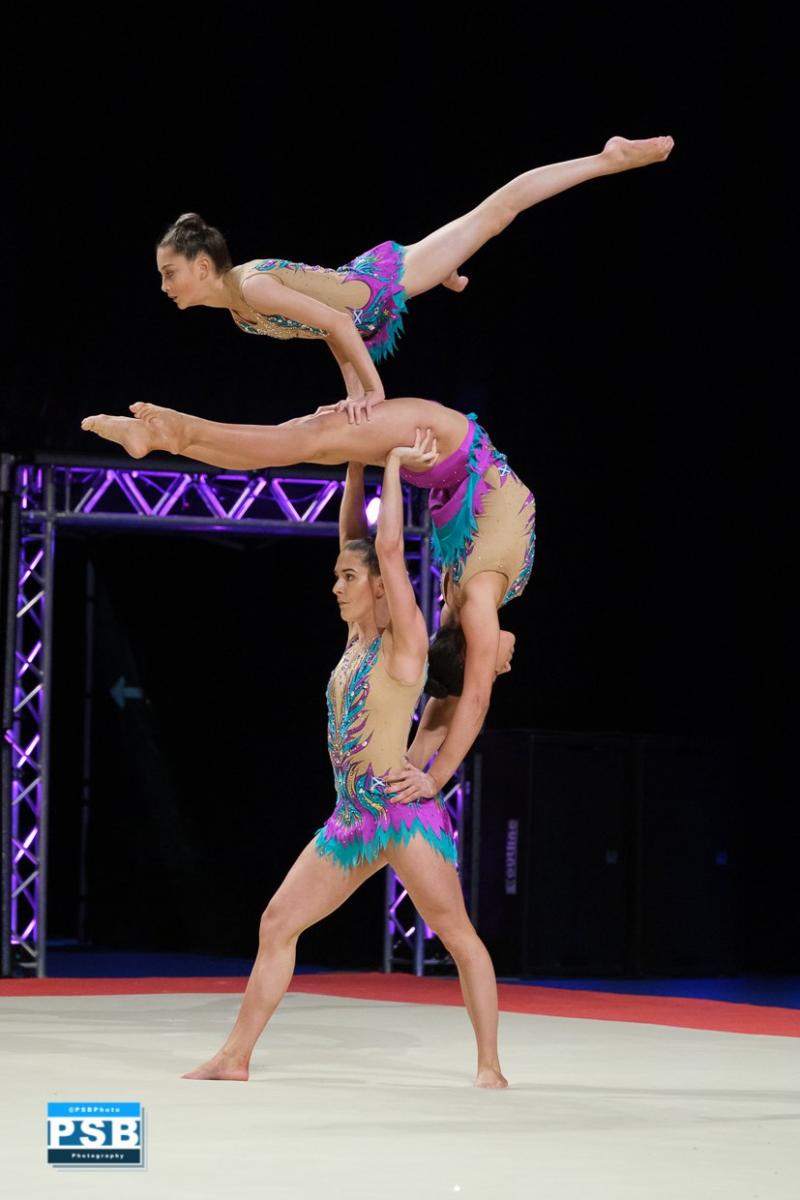 A total of nine partnerships from Scotland qualified for their respective finals, some finishing just short of the medals: 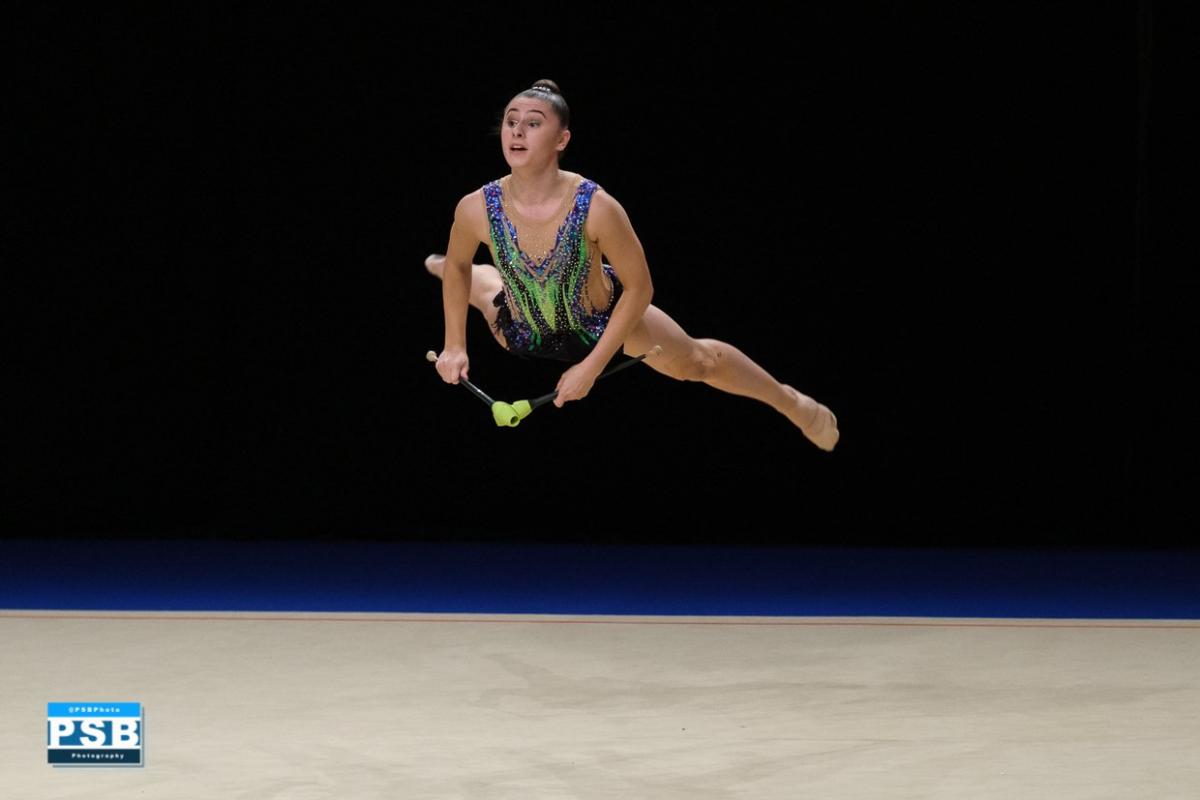 Rhythmic
Louise Christie (pictured right) from Beacon Rhythmic Gymnastics Club earned the bronze medal with a score of 12.100 in the final of the clubs apparatus competition. She performed well across the event earning a fifth-place finish allaround and qualifying for all four apparatus finals earning fourth in hoop, fifth in ribbon, sixth in ball adding to her bronze medal.

TeamGym
Adam Souter, Dylan Campbell and Sandy Wallace from Saltire Team Gymnastics won the bronze medal in the Senior Micro Team Challenge on 27.400 just ahead of the team, from Forth Valley Gymanstics Club, of Jordan Dewar, Matthew Capes and Naomi Bostock (LS Gymnastics Club) who finished in fourth place.

A bronze medal was also won by the Level 3 Youth Men’s team from Forth Valley of Aonghus Mitchell, Evan Dewar, Josh Cantell, Joshua Dewar, Kai Ritchie, Rory Marshall and Ryan Aitken (pictured below) who improved their qualifying score for the event and placed third on a score of 35.600. 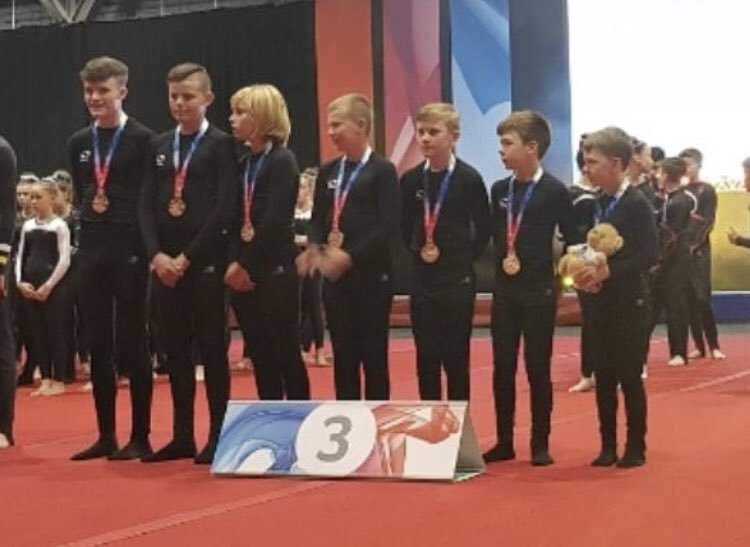 There were also other teams from Scotland who performed well in teamGym however missed out on medal placings:

Congratulations to everyone who competed at the British Gymnastics Championship Series!

Images by PSB Photography and Forth Valley Gymnastics Club