The 2019 Scottish National TeamGym Championships were held at Meadowmill Sports Centre, Tranent this afternoon where some of the gymnasts were competing in the discipline for the first time.

Scottish Gymnastics club of the year 2018, Fyrish Gymnastics Club, made the eight hour round trip to compete in the championships. In a competitive category, against well-established TeamGym clubs Irvine Bay, Forth Valley, Midlothian and Saltire, their open level 4 team stole the show with their floor routine (scoring 12.80) which clinched them the gold medal (30.80) and the Scottish National title only six months after starting the discipline.

Fyrish TeamGym Head Coach, Heidi Bavnhøj, said: “It’s quite amazing, we were all crying! We started in August and now we’ve won now! One of the judges came over to compliment us on our floor routine was, so I thought we might get a bronze – but never did I think we could win!

“These girls, their parents and the club have provided the best support. We started off with eight gymnasts interested [in TeamGym] now we are up to 22. It’s going to keep more gymnasts involved in the sport longer as the club have really embraced it” 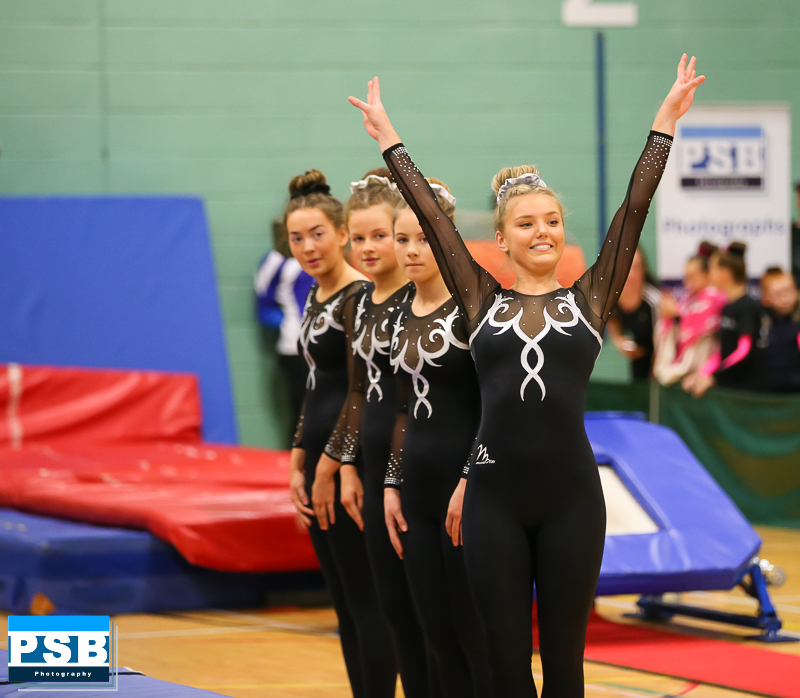 In the full team competitions, the primary level 4 competition was won by Forth Valley on a total score of 29.45. Irvine Bay only 0.35 of a mark behind them on 29.10 to earn second place.

The junior level 2 competition was won by Dundonald Gymnastics Club while Saltire, competing as a guest with City of Newcastle gymnasts in their team, won the senior level 1 competition.

It was really great to have the Scottish gymnasts from Irvine Bay and Saltire, who recently represented Great Britain at the European Championships, back comepetiting on home soil.

Congratulations to everyone who took part in the championships today!

> Remember and head over to PSB’s website where all of the images from today will be available to purchase soon!