The second day of competition at the Scottish National Artistic Championships in Perth saw gymnasts contest the apparatus finals where 40 gold medals and several trophies were won.

Also competing today were the invitational disability masters which saw four men’s and four women’s gymnasts compete alongside those who had qualified from yesterday.

Competing for the first time in this competition as a senior, Junior European Championship medallist, Pavel Karnejenko (Notts) won five out of the six senior men’s apparatus finals with Commonwealth Games bronze medallist David Weir, City of Glasgow, earning gold on the vault. 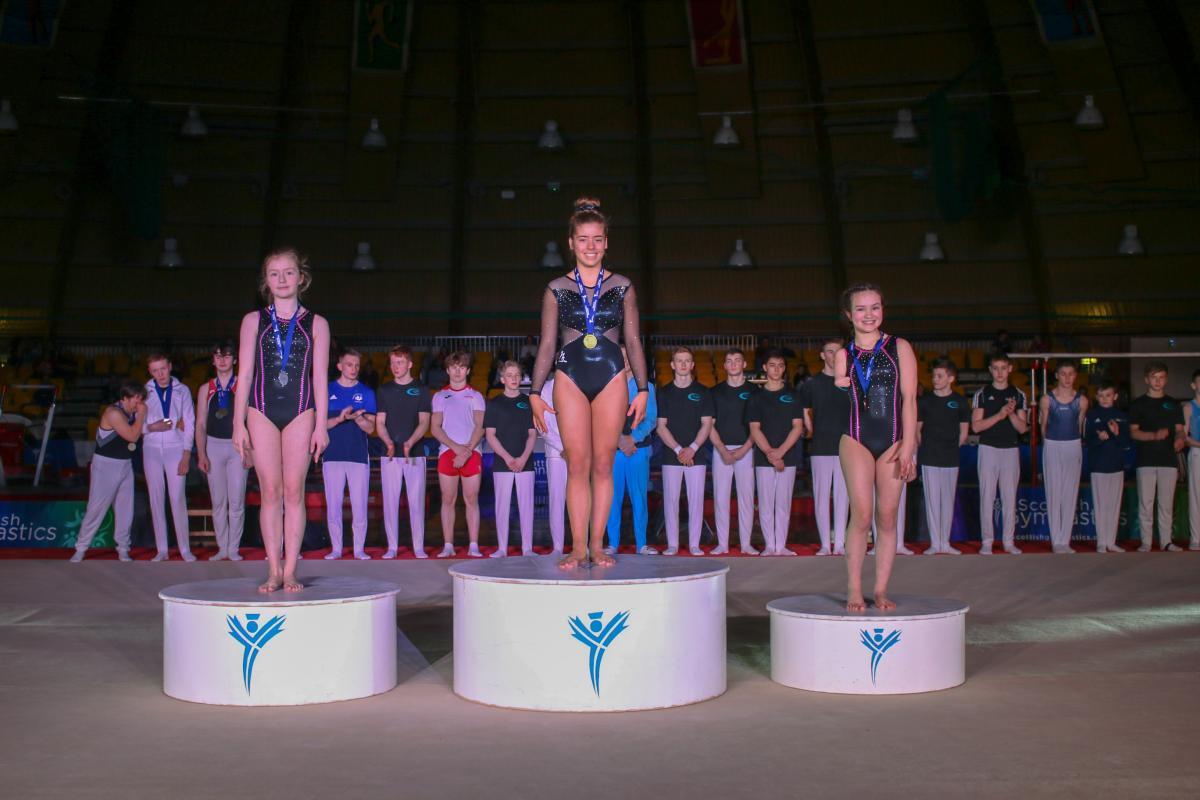 The senior women’s finals were a competitive affair with City of Glasgow’s all-around champion Cara Kennedy adding two golds to her third all-around title from the first day of action.

The under 12 men's apparatus medals were awarded on Saturday.

Full results from all the apparatus finals and the full championships can be found on gymdata website.

Congratulations to everyone who took part in the National Artistic Gymnastics Championships over the weekend.