Fourteen Scottish gymnasts secured a total of 75 medals at the Disability Artistic British Championships, which were held on 17 October at Fenton Manor Sports Complex.

In their first competition back after a long time away from training and events, the Scottish contingent of disability gymnasts who competed on behalf of City of Glasgow and West Lothian gave an inspirational set of performances.

Gymnasts at the championships were vying for titles in three competitions, each split by age and classifications based on learning (Class 1) and physical (Class 2) disabilities. Scottish gymnasts achieved great success, with performances that show how important it is to offer a chance for these skilled gymnasts to compete against other gymnasts from across the country.

In Competition A, City of Glasgow saw the haul of medals with Andrew Macintyre taking home a gold medal from the men’s senior all-around class one competition, retaining his senior title from the 2019 competition. In the women’s junior class one all-around, Emma Thomson and Holly Lench took first and second place titles.

In Competition B, there were plenty more medals to celebrate for City of Glasgow gymnasts. For the men’s all-around contest, junior class one gymnasts Jack Bothwell and Zachary Jeffrey won gold and silver respectively. Senior men’s gymnast, Samuel Young, claimed the all-around gold in class one.

The women’s competition for class one gymnasts saw a junior silver medal for Ella Morton from City of Glasgow. There were also all-around silver and bronze placings for teammates Emily McAlpine and Chiara Astley.

The under 12 all-around competition has no classifications based on levels of ability, with Harley Davis and Connor Deafley from City of Glasgow winning gold and silver in this contest.

In the open competition, there were three all-around medals for Scottish gymnasts. Megan Docherty who trains with both City of Glasgow and West Lothian won gold in her senior class one competition.  Silver medals were awarded to Craig McGarrity in the junior men’s all-around class one, and Alistair Kemley matched his 2019 performance at the event in the men’s senior class one all-around. 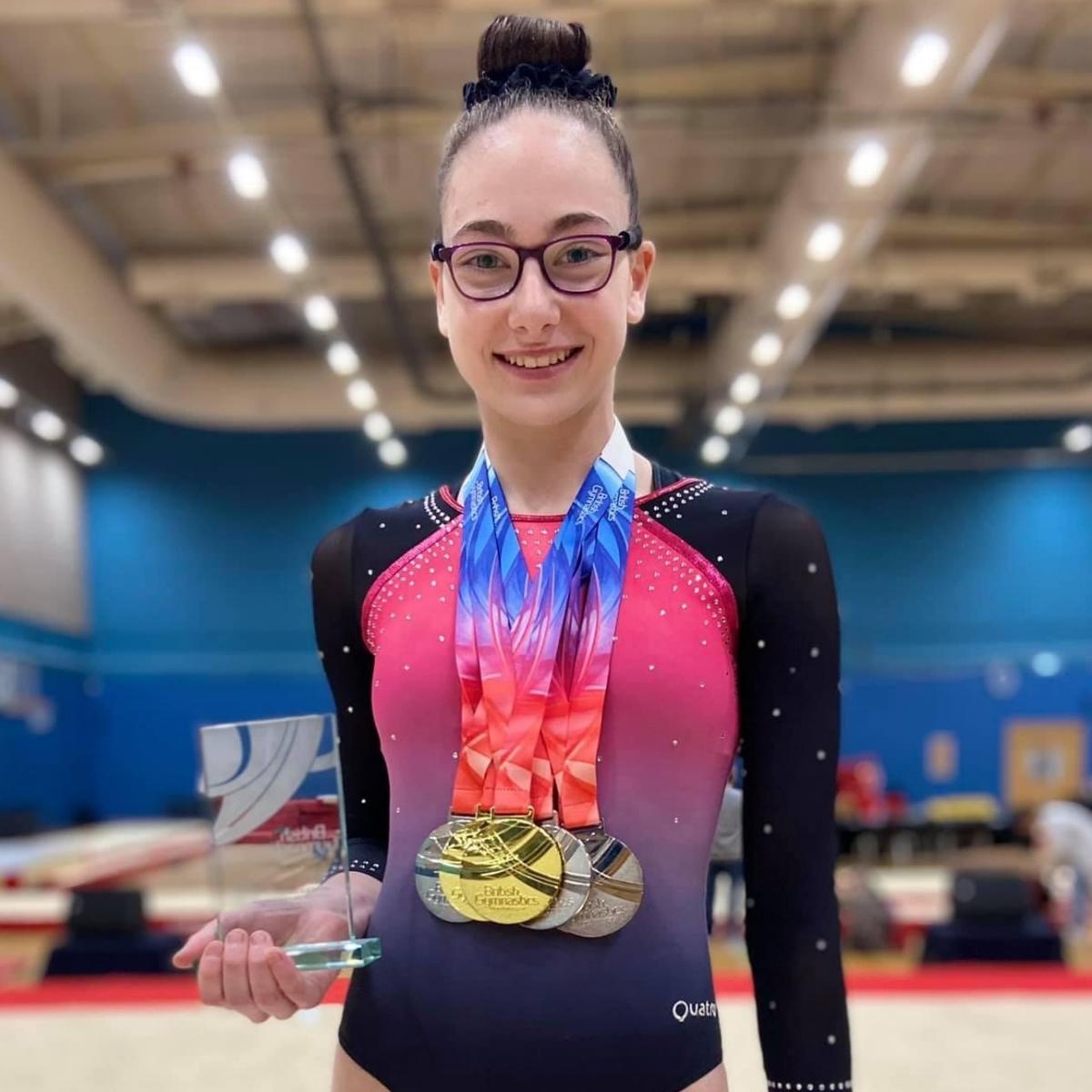 It was great to see all the gymnasts competing on this stage again after such a long break. They all loved being back and gave some amazing performances. They have done well to stay motivated with all the challenges they have faced over the past couple of years and the results were fantastic.

Congratulations to all of the gymnasts and their coaches for such a fantastic set of results at this year’s championship event.

You can view the full results from the competition, including the individual apparatus results where City of Glasgow gymnasts picked up the rest of the medal haul.