Gymnasts from Scottish clubs have won medals at the British Championship Series at the Liverpool Echo Arena.

Four medals were won during the four-day frenzy across the disciplines which saw gymnasts competing for British titles in TeamGym, acrobatic and rhythmic gymnastics with the Gym for Life Challenge also taking place.

Saltire Team Gymnastics were first on the podium, their mixed senior team winning bronze in the TeamGym British Championship on Saturday. That was followed by another bronze on Sunday, from Forth Valley in the Junior Micro Team Challenge, while Irvine Bay finished eighth in the Youth Micro Team Challenge. 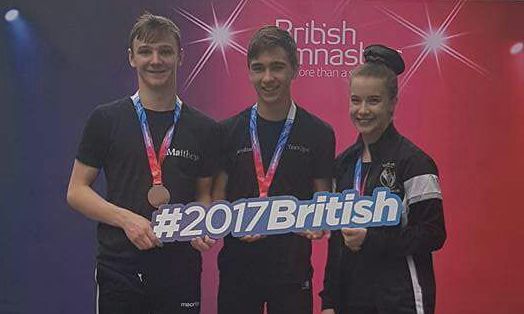 In the women’s pairs 11-16 years, Dynamic’s Emma McConville and Caris Smith achieved fourth place in their first ever British event, just missing out on a podium place by 0.1. And behind them by the same margin were East Kilbride’s Mia Costello and Brenna Cruickshank in fifth. 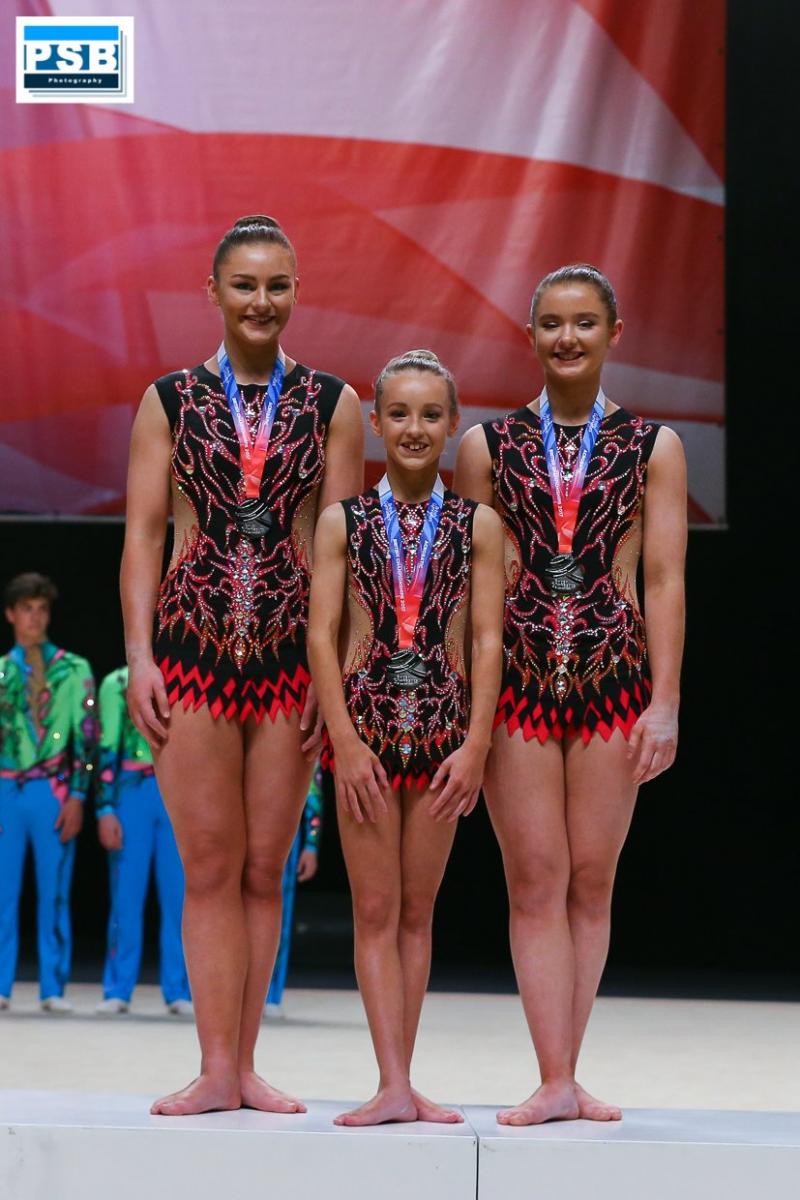 Also just missing out on a podium place in the women’s pairs 12-18 years were Amy Middleton and Taylor Wilson from Acrobay, and City of Glasgow’s Hannah Collie and Olivia Penman who came in fourth and fifth respectively. Glasgow’s David Arendarik and Tia Kidd finished third in mixed pair 12-18 years, but as guests were not awarded a medal. 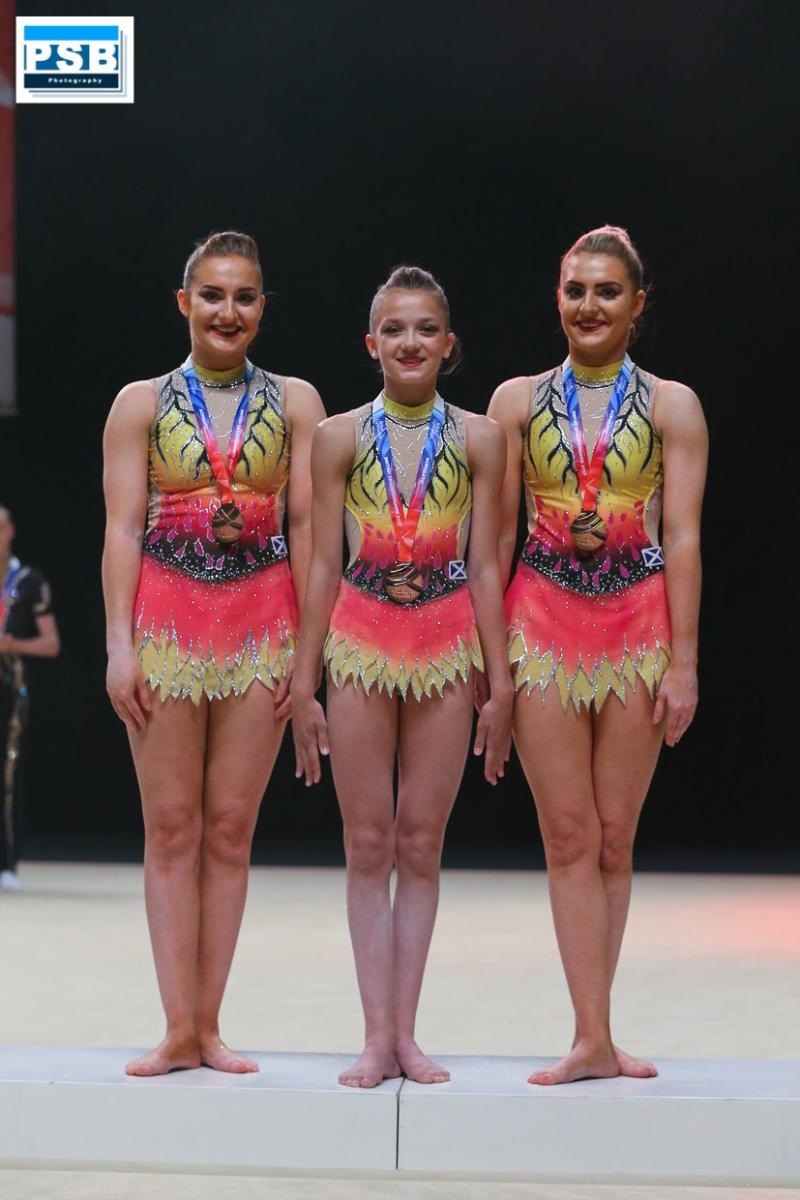 A Scottish club had never been represented by a group in the rhythmic championship before and West Lothian did well to qualify for the British Championship, where they placed eighth in elite junior.

In the Gym for Life Challenge, Dynamite Sparklers were awarded one of only three gold pins for their performance, with Dynamite Rockets earning a silver pin and Lanark bronze.