Four Scottish gymnasts have been selected as part of the British Gymnastics Men’s Artistic Squads for 2022.

Cameron Lynn from West Lothian Gymnastics Club has been selected onto the Great Britain high performance programme in the men’s artistic top senior squad, alongside 17 other gymnasts from across the country.

He joins the likes of Olympic pommel champion Max Whitlock, and familiar faces from the recent world championships, Courtney Tulloch and Joshua Nathan. Following a fantastic performance at both the 2021 British men’s artistic championships, and a silver all-around medal in last month’s Northern European championships in Cardiff, Cameron and personal coach, John Campbell are thrilled with the announcement.

On his selection, Cameron said:

It feels surreal and I’m just over the moon at being selected. This really helps for next year, leading up to the Commonwealth Games and will help me to continue to strive for my goals in the future.

We look forward to following Cameron’s progress over the coming year, including the Scottish national artistic gymnastics championships which will be held in Perth in March.

He is joined on the senior squad by 2018 Commonwealth Games gymnast Hamish Carter, who was invited to the programme by the head national coach, Paul Hall. Hamish is currently studying at the University of Illinois, and therefore he is not required to attend all of the programme activity this year. He will be hoping for a place in the team representing Scotland at next summer's Commonwealth Games in Birmingham, however.

Reuben Ward, who trains with Manchester Academy was also selected onto the top junior squad - and will attend upcoming camps with the other 12 gymnasts selected onto the programme between January 1 and December 31 2022.

We are also pleased to announce that following a trial at Lilleshall earlier this month, Jack Morrow from Hamilton has been selected onto the British Gymnastics men’s artistic foundation squad. He joins the 18 strong squad along with gymnasts aged 9-12 from across the UK. The squad will meet for at least three weekend camps throughout the year to develop their skills. Jack was also selected onto the Scottish Gymnastics U12 performance pathway programme.

Selections for the British Gymnastics squad were made following the trial day and scores from the 2021 British men’s artistic club and elite grades competition in November.

Personal coach, Shona Grigor said: “I am absolutely over the moon for Jack! After such a tough year and a half, it’s great to see his hard work being recognised, and paying off!” 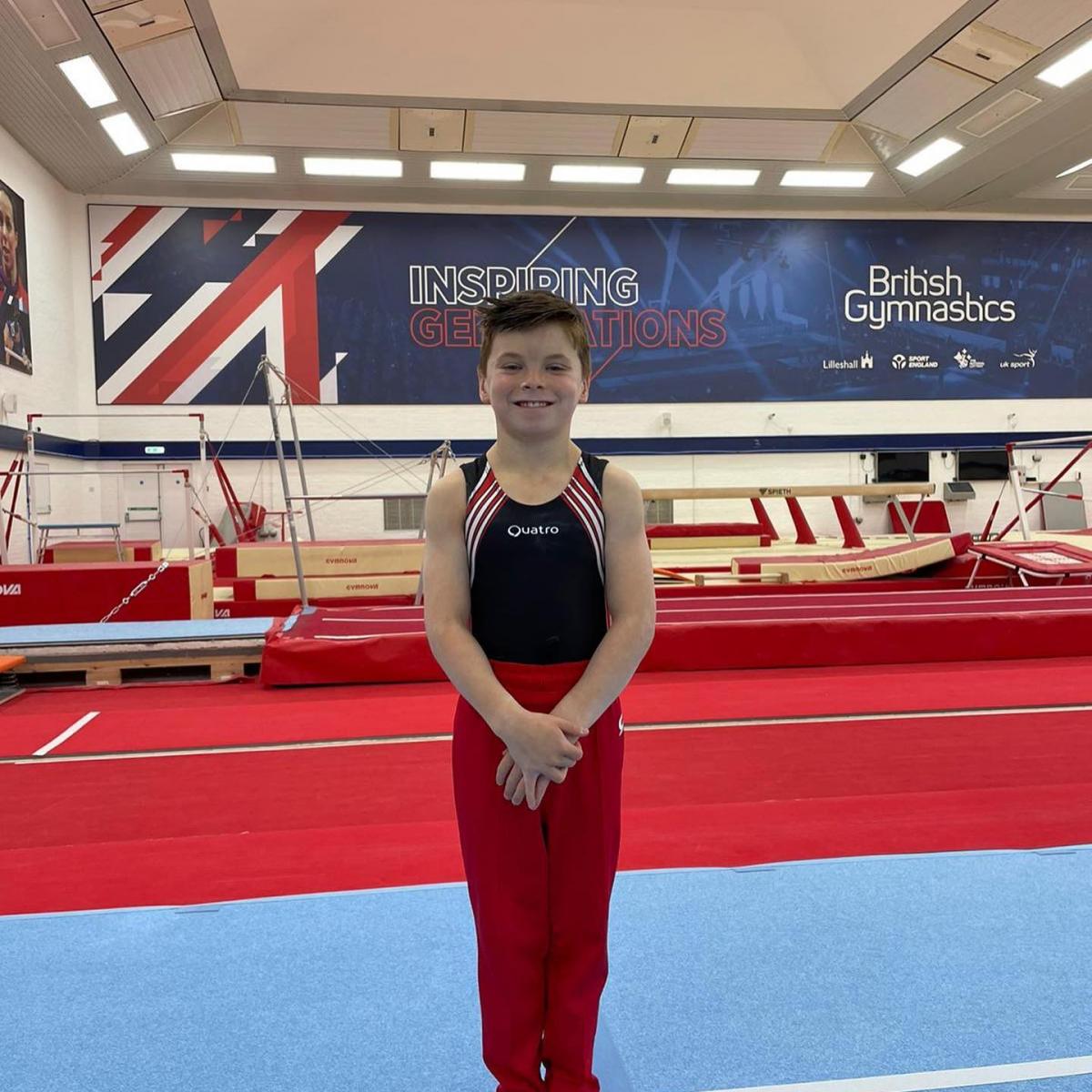 We congratulate all gymnasts selected for thier dedication and performance this year.