Louise will join five other rhythmic gymnasts from across the country, as well as a rhythmic group to compete for Great Britain in the senior individual competition. Selection for the event took place following performances at the British Rhythmic Open Apparatus Championships where she picked up gold for ribbon, and bronze for both ball and clubs.

Louise was re-selected onto the British Senior Performance Squad earlier this year – and has her eyes on more international competitions this year.

Louise has had international success over the last few years, with a selection for GB for the 28th Portimão International Tournament in Portugal in 2019 as well as winning medals at the Miss Valentine competition in Tartu, Estonia in March. She also recently competed for Great Britain at the FIG World Cup in Tashkent, Uzbekistan.

At the competition, Louise finished in 17th place overall with a score of 92.200. Her hoop score of 24.100 was enough for 16th place in qualification on day one, but a lower score of 20.950 in her ball routine left her with a disappointing outcome after the first day. She pulled back on day two, with a 14th place finish for her clubs routine, and a score of 23.050 in her ribbon placing her in 15th place in qualification. 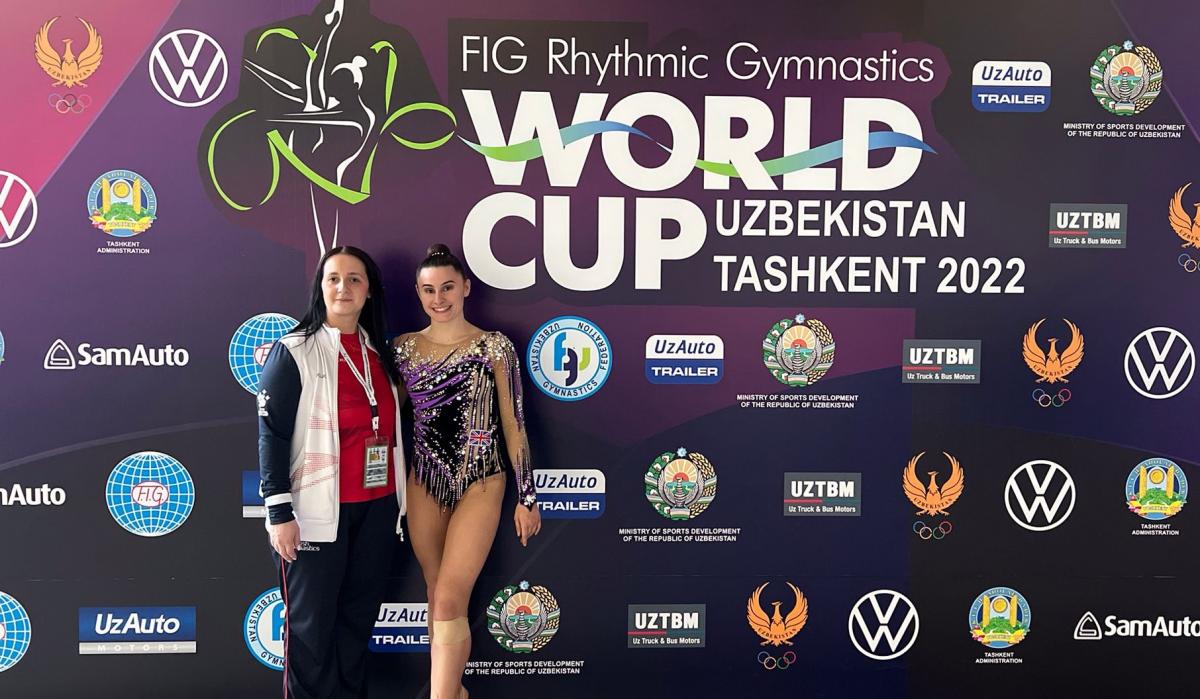 The competition was a fantastic opportunity for Louise to compete at a World Cup event, travelling to the competition with her personal coach, Amy Stewart.

We spoke to Louise after her performance at the World Cup in Tashkent – where she found out that she had been selected for the European Championships and you can watch the video below:

On her selection for the European Championships – Louise said:

This is my first European Championships and I’m probably most looking forward to getting out there with the team, and everyone supporting each other. I’m so excited to have been selected to represent Great Britain.

Congratulations to Louise. We look forward to following the competition, with the event coverage being available via a live stream in June - more details will be shared closer to the event on our social media channels.