Scottish trampoline gymnasts, Keir Davidson and Sarah Gallagher have been selected as part of the British Gymnastics trampoline national performance pathway squads for 2022.

The national programmes offer opportunities for gymnasts to be selected as part of teams representing Great Britain at international events, and have funding support from UK Sport.

Keir, who trains with Tiggers Trampoline Club in Dundee has been re-selected onto the Great Britain junior trampoline junior men's squad, alongside five other trampoline gymnasts from across the country.

Keir is no stranger to the performance pathway, after being selected for the British Gymnastics development squad back in 2017. More recently, he competed for Great Britain at the 35th FIG Trampoline, Tumbling and DMT World Age Group Competitions in Baku in November.

The junior programme aims to develop the next generation of trampoline gymnasts through a series of training camps delivered by the head national coach, Gary Smith.

Personal coach James Davidson will also be invited to attend the camps at development level to learn from the coaching and support team, and support Keir in his progress through the programme.

Keir has been supported by Scottish Gymnastics on the national performance programme and is a supported athlete through the sportscotland institute of sport.

Sarah Gallagher from Sparta Trampoline Club has also been selected at the junior level, alongside four other gymnasts from across the UK. She has been selected following her recent silver medal at the British Age Group Open competition earlier this year. 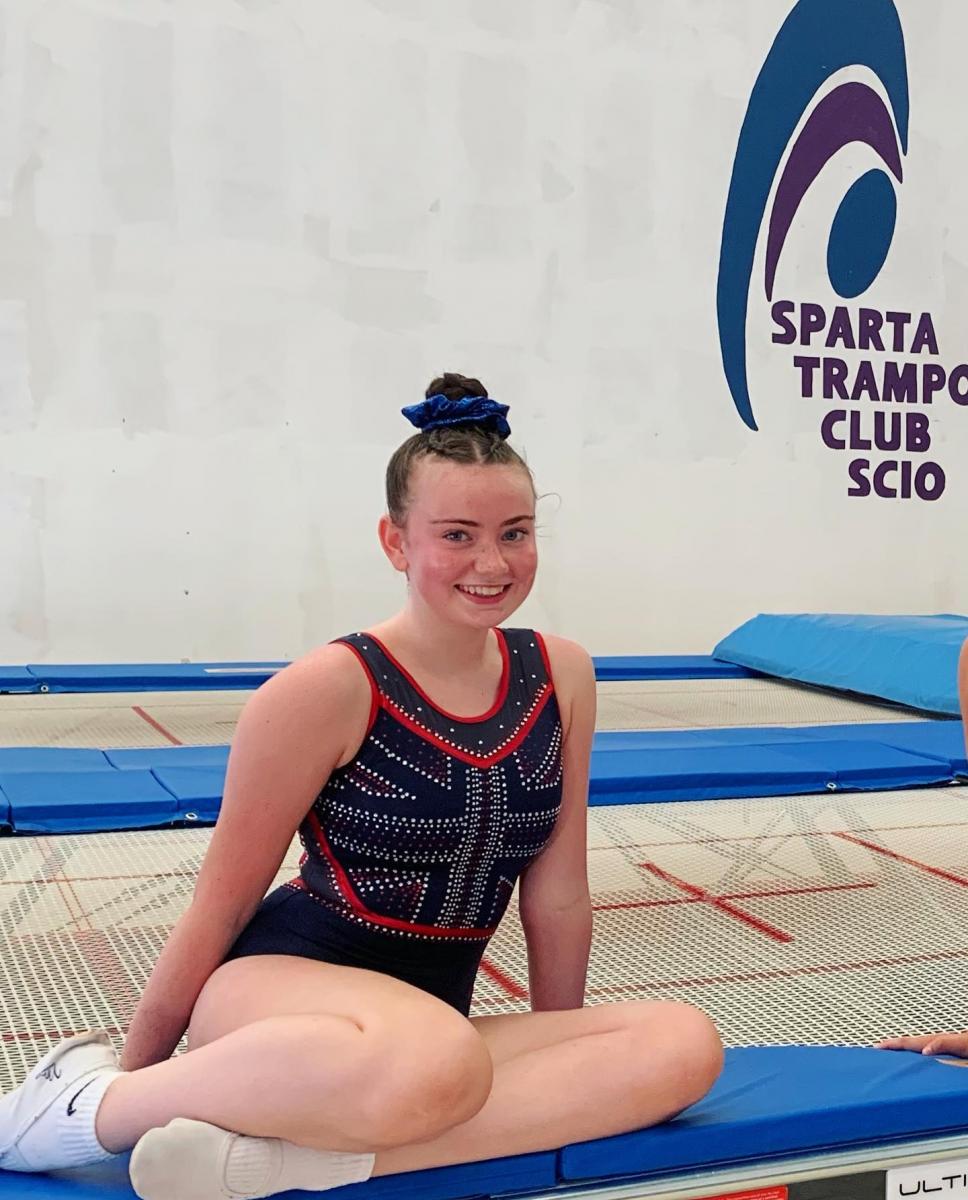 Sarah will be invited to attend the training camps, delivered in conjunction with the men’s squad activity and personal coaches, Brian Scott and Frances Murphy will also be offered the chance to attend too as part of their coaching development.

Sarah is also part of the Scottish Gymnastics national performance programme, which aims to help gymnasts develop the technical skills, physical qualities and training behaviours that will aid them to success on the British pathway.

On the announcement of the selections, Jamie Bowie, Scottish Gymnastics performance manager said: “It is really encouraging to see two Scottish gymnasts selected on to the GB junior squad for trampoline and it is testament to the hard work and commitment of the gymnasts and equally their coaches and clubs."

Having seen both Sarah and Keir develop at Scottish national and pathway camps, it is fantastic that the dedication, commitment and effort that they have invested into their gymnastics has been rewarded with a GB squad selection. They are both highly motivated and driven to be the best they can be and are excellent role models for aspiring gymnasts in our programmes.

We look forward to following the gymnast’s progress over the coming year, including at the Scottish national trampoline and DMT championships in Perth next September.

Selections for the British Gymnastics squad were made following the National Age Group Open and national profiling day in December with the panel made up of the head national coach, national coach and performance pathway coaches.

Congratulation to Keir and Sarah, for their selection onto the programmes.