Six Scots have been selected by Great Britain for the European TeamGym Championships in Luxembourg.

The event in September will be a fourth Europeans for Dylan Campbell from Saltire Team Gymnastics and an impressive third at senior level. He helped make history at last years’ championships as part of the first senior mixed team to win a silver medal. Dylan is selected for the senior men’s team and is joined by Matthew Capes from Forth Valley Team Gymnastics.

Sam Hendrikson from Saltire Team Gymnastics who is also head of performance and events at Scottish Gymnastics, has been selected as coach for the senior and junior mixed teams.

Ahead of his fourth European championships, Dylan said: “I am looking forward to being back part of the men’s team. I am really proud of the progress I’ve made over the past couple of years as Covid disrupted most of training. It has been great being back in training which has paid off by being selected for a fourth time. It validates all the hard work with your coaches and the support you receive. 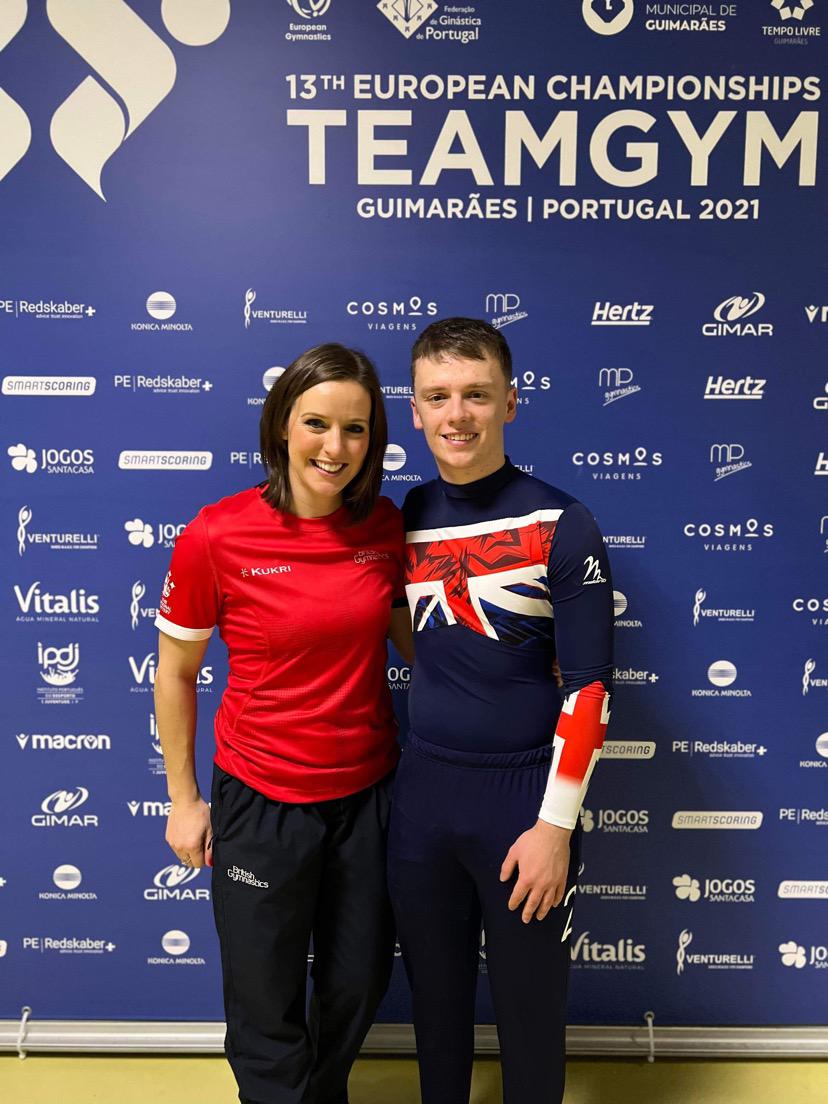 It is exciting to see TeamGym in Scotland being recognised with representation in both women’s and men’s teams. On the back of last year’s success for Great Britain, it has helped show people from Scotland we can compete and win medals at the highest level. It is important to have Scottish representation at these events to inspire younger gymnasts to carry on and achieve their goals.

Speaking on his selection, Harvey said: “Attending the TeamGym European Championships last year in Portugal was an amazing experience for my team and I and we were so lucky to have the opportunity from Scottish gymnastics performance team.

“The whole atmosphere, the support from everyone and everybody just enjoying themselves has definitely made me want to go back and compete again for team Great Britain. It had motivated me to work that extra bit harder for this year’s trials and now that I’m selected, I am more confident and more excited to go back and compete again with new people.”

Scottish Gymnastics performance manager Wendy Purdie added: “Our congratulations to the six gymnasts and their coaches for their work and dedication which has earned their selection after last month’s trials.

“This is a massive achievement for Dylan, representing GB at the Europeans for a fourth time, and his third appearance at senior level. It is good to see that Josh and Harvey have thrived after having the experience of competing internationally last year for the GB2 team at the European championships which gave them the motivation to continue to work hard to earn their selection for their second championships.

TeamGym in Scotland continues to grow from strength to strength and seeing gymnasts develop with their coaches is great for the discipline. All the selected gymnasts have been part of our performance programmes and success helps create success.  I hope our six gymnasts will enjoy and thrive at the European Championships and that other gymnasts will watch, cheer and be inspired to reach that level.

Last year’s championships were the most successful ever for Britain with five medals so selection for this year’s teams is a significant achievement for all gymnasts. Congratulations on selection and we wish you well.

Scots selected for Great Britain for the 14th European TeamGym Championships in Luxembourg from 14 to 17 September 2022: