The 2022 Scottish champions in trampoline and double-mini trampoline were crowned in Perth on 24 and 25 September.

We welcomed more than 230 gymnasts with coaches, judges, event volunteers and families back to Bell’s Sports Centre for the first championships in this discipline after a three-year break due to Covid. They were rewarded with a great event during which a 34 year-old record was broken in the men’s trampoline.

Kim Beattie from Banchory Trampoline and DMT Club and Ethan Cunningham from Jump Gymnastics Academy shared the DMT spoils on day one. They become women’s and men’s champions respectively, with Ethan winning the tariff award and Kim winning the form award in addition to her fifth Scottish title. 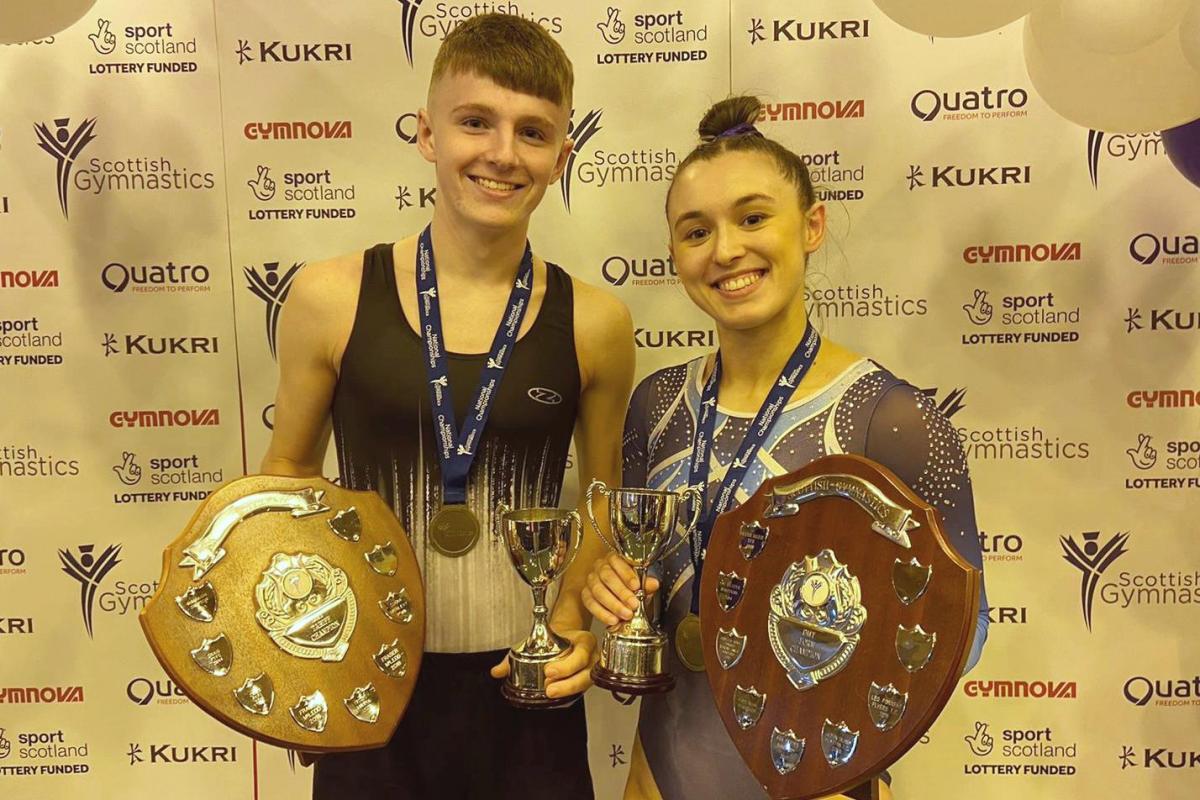 We also saw some familiar faces on the second day’s action on both pieces of apparatus culminating with the FIG level trampoline competition. Former champion Murray Findlay from Tiggers Trampoline Club put in an exceptional voluntary routine which had a difficulty value of 15.0.

Comparing that across the generations, converting old to new scores, the level of difficult meant that Murray broke the Scottish record which was set by Alistair Fogg from Perth Trampoline club at the 1988 world championships in Birmingham, Alabama. He understandably won the tariff award and secured his fifth Scottish championship.

Sarah Gallacher (Sparta Trampoline Club) was crowned women’s champion for the second time and her performance also won the form award for the highest one routine execution score of 17.9.

Congratulations to everyone who took part across all levels and age groups and our thanks to the event volunteers for their time and support.

> Buy photos of the action and presentations from PSB Photography

Scottish Trampoline Champions
Murray Lindsay
Sarah Gallacher
The male and female Scottish champions are determined by the final bounce off, and only the winners of each FIG age group are eligible.  The bounce off consists of one voluntary routine, starting from zero, and time of flight is included