Dumfries Y was crowned club of the year at the 2019 Scottish Gymnastics Awards in Edinburgh’s Radisson Blu hotel on Saturday 9 November.

The south-west club was runner-up last year when they opened their own facility – the only dedicated gymnastics facility in Dumfries and Galloway – after 40 years in rented spaces. With a focus this year on developing their workforce and creating a coaching pathway for older gymnasts, they have trebled their membership and are already raising funds to expand further.

Sapphire Gymnastics Club also sparkled on the night with Jasmine Lessani winning young coach of the year and her tumbling gymnast Sophie Campbell being named junior gymnast of the year. Sophie was selected for the British junior squad last week and is competing in next month’s world age group competition in Tokyo.

Senior gymnast of the year was won by Banchory’s Kim Beattie who will also be in action in Tokyo competing in DMT at her third world championships. Acrobay’s Suzanne Fraser, who was still on a high after her senior partnership won bronze at the acrobatic European championships was named coach of the year.

Sport in Scotland would never happen without those who give up their time voluntarily to help run activities and competitions. Official of the year was acrobatic gymnastics’ judging convenor Tracey Findlay while Fiona Ashton-Jones, a regular at Scottish Gymnastics events became volunteer of the year, joking that had she not won, she would not be helping out in the warm-up hall as usual at this weekend’s Gymfest Perth!

There were special recognition awards for trampolining’s Lynn Simpson, rhythmic judging convenor Judy Warrack and Scotland’s most decorated gymnast, Dan Purvis, who this year retired from his competitive artistic career during which he won European, world, Commonwealth and Olympic medals. Dan was joined by his mum, grandmother and aunts, one of whom, Ann, was celebrating her birthday. Speaking to event host Mark Perkins about his evening, Dan said:

“Being round everyone in the room tonight, and seeing everyone come together, I get so inspired by hearing their stories. It’s just fantastic to be surrounded by such great people.” 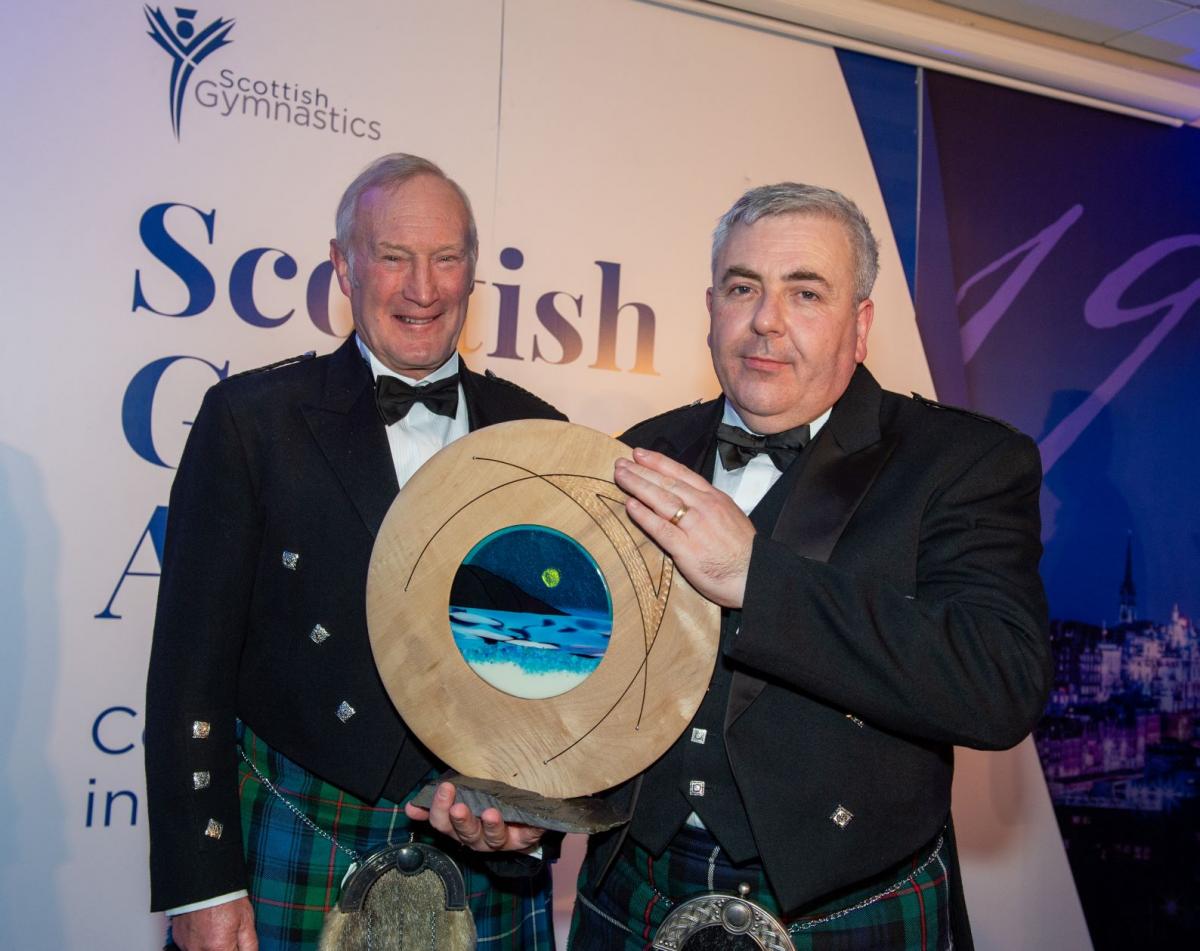 The final award for the evening was a special bespoke work of art created by Harmonies in Wood presented by former chief executive Brian Samson to Scott Harper as a thank you from Scottish Gymnastics. Scott officially rounded off his second term as chair on Saturday and had the last word of the awards ceremony when asked to sum up his time as chair. He simply answered: “Rewarding.”

Thank you to our finalists, guests, partners and award category sponsors for making the evening so enjoyable, and congratulations to the 2019 award winners.