Some of the UK’s best gymnasts returned to competition last weekend, as the Men’s Artistic British Championships were held from 11-12 September in Cardiff. This was the first competition back for many gymnasts since 2019, and it was a great opportunity for Scottish gymnasts to compete alongside other gymnasts from across the country.

Scottish gymnasts finished the event with some great results, including a number of top 10 placings in the all-around event.

On the first day of competition, it was the turn of the under 16s as they competed in the all-around and individual apparatus contests – all hoping their performances would be enough to secure a title. In terms of the Scottish gymnasts competing in this age group, Scottish Gymnastics would like to congratulate:

- Rueben Ward from Manchester Academy - seventh place in the all-around competition.
- Josh Cameron and Ethan Yates from City of Glasgow who also performed well in the competition.

Under 18 and Senior All-Around

Sunday saw both the under 18 and senior competitions, with the team title also being decided at the end of the day. It was great to see a few familiar faces back in competition with the likes of former commonwealth games medallist, Frank Baines who returned after a break from the sport with sights firmly set on a Birmingham 2022 team selection.

Congratulations to the following gymnasts for their achievements at the championships in their age group all-around competition: 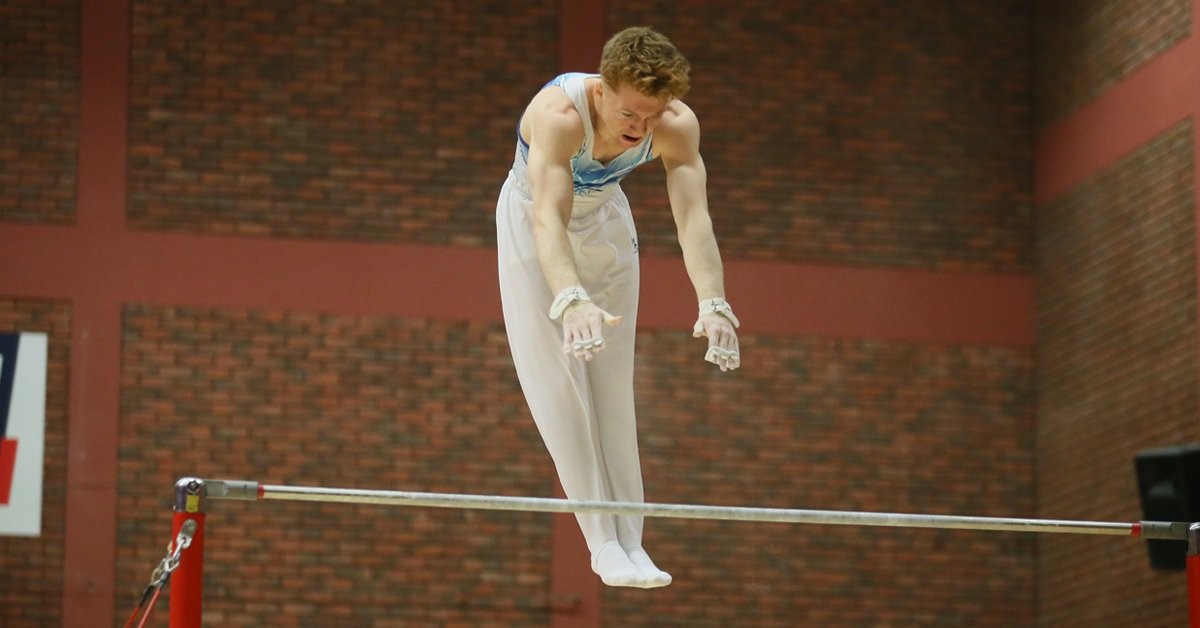 When it came to the individual apparatus, there were also a few standout performers, with a great overall number of gymnasts in title contention.

- Frank Baines secured a silver on the pommel, as well as top six finishes across a range of apparatus.
- Cameron Lynn secured a bronze on pommel, and finished in a strong fourth place in the vault.
- David Weir finished sixth in the senior men’s vault.
- Fraser Lynes finished fourth just outside of the medals in the under 18 men’s rings.

“For many gymnasts this was the first opportunity to compete their routines in competition since 2019. It was really encouraging to see some very strong performances emerge from this first competition and it will give gymnasts and coaches some confidence, as well as areas to continue to develop ahead of competition in 2022. This was a great event, hosted by our partners at British Gymnastics, especially for those gymnasts targeting a selection for the Birmingham 2022 Commonwealth Games.”

The British Championships is also a designated selection event for the Northern European Championships, which will be held in Wales in November. We hope to see a number of our National Performance Programe gymnasts aspiring to a place in the team.  Full results from the championships, along with competition videos are available on the British Gymnastics website.

For more information on our men’s artistic performance gymnastics visit the links below: